The parents and friends of my daughters' school softball team have been keeping up with games through GroupMe.

When I am at the games, I don't mind giving the updates. I have enjoyed and appreciated parents who give play by play when I am traveling.

Tuesday night it was 44 degrees and raining--a miserable night to be out. I was trying to keep my hands semi-warm and kept them covered as much as I could. My gloves with tips that are supposed to work on touch screens were not helpful.

I gave updates mostly through Siri. I would have to type some names. Catey always came out as Katie and Abby was Abbie.  Occasionally I would correct other words. "End of the fourth inning" would come out "In the fourth inning".

We were losing, albeit we had reduced a 5 run deficit to 2 run deficit, then the other team scored again in the top of the 7th. I was miserably cold. The last GroupMe update was in the last inning -- our last opportunity to tie or pull ahead.

I did not check the update.

Did I say I was embarrassed? Parents laughed at my faux pas.

After this mistake, I was determined to find out how to prevent Siri from typing explicit words.I am using Siri more and more to compose emails, text messages, and Twitter updates and find it very helpful--as my typing stinks.I needed to find a solution. 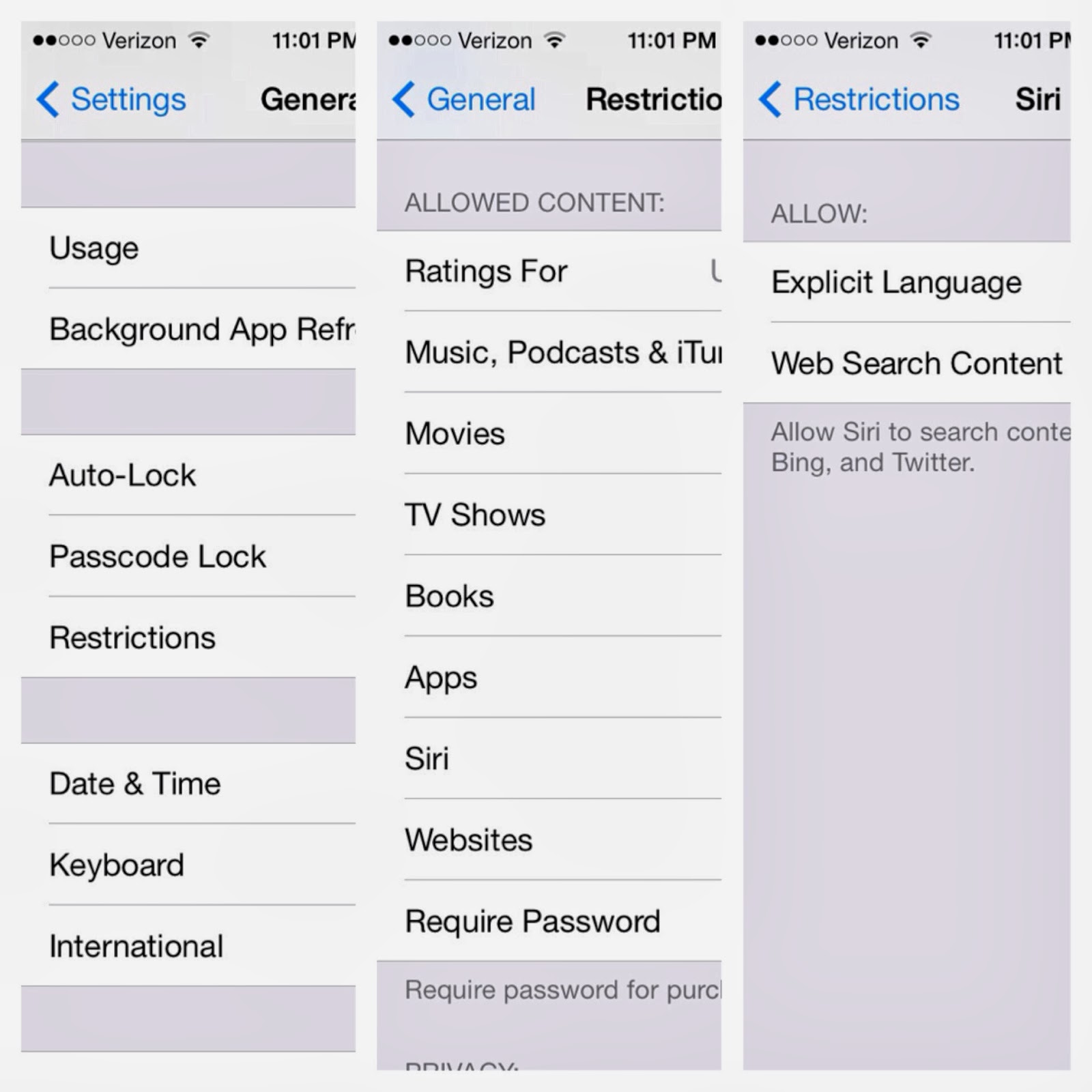 So here it is.

By the way, there are ways to change the settings for the the Droid voice and swipe features, too.

By Anne Adrian
Posted by Unknown at 8:40 AM